May has been designated as Mental Health Awareness Month. Given the prevalence of suicide related behaviors (suicidal thoughts or suicide attempts) among adolescents, I feel it is important for us to become aware of this issue. It is particularly important for parents to be knowledgeable about what signs to look for and when it is appropriate to seek treatment. 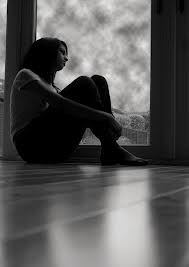 According to the National Institute of Mental Health (NIMH), suicide remains the third leading cause of deaths among adolescents. Spirito and Esposito-Smythers (2006) reported that within a twelve-month period, 16.9% of adolescents seriously considered attempting suicide, 16.5% developed a suicide plan, 8.5% attempted suicide (female, 11.5%; male, 5.4%), and 2.9% of adolescents required emergency treatment as a result of a suicide attempt. In my recent Psychology Today blog post, I discussed the rates of suicide among lesbian, gay, and bisexual (LGB) youth. LGB youth also are at high risk of suicidal behavior due to bullying and lack of acceptance by peers and family. While depressive symptoms are a risk factor, even among those who exhibit depression or depressive symptoms, clinician face difficulties predicting self-harm or suicide attempt (Hetrick, et al., 2011). Therefore, it is important for parents to pay attention if they notice differences in their child’s behavior.


It is important to bear in mind that the large majority of people with mental disorders or other suicide risk factors do not engage in suicidal behavior.

Protective factors may reduce suicide risk by helping people cope with negative life events, even when those events continue over a period of time. The ability to cope or solve problems reduces the chance that a person will become overwhelmed, depressed, or anxious. Protective factors do not entirely remove risk, however, especially when there is a personal or family history of depression or other mental disorders.

1. Take it Seriously
2. Ask Questions
3. Do not try to argue someone out of suicide. Instead, let them know that you care, that they are not alone and that they can get help. Avoid pleading and preaching to them with statements such as, “You have so much to live for,” or “Your suicide will hurt your family.”

Note: This page is intended only to provide educational information and doesn’t establish a therapeutic relationship. To seek therapy locate the nearest psychologist in your area at http://locator.apa.org .