To Spank or Not to Spank: What the Research Supports

Last month, I had the opportunity to attend the American Psychological Association (APA) convention in Honolulu. As usual, I am re-energized after attending the sessions and learning about new perspectives on science and psychological practice. While attending a talk on spanking and children, it made me think back to all the conversations that I’ve had with parents in my practice around the use of corporal punishment (which includes domestic, school, and judicial). During the talk, Dr. Shawna Lee (assistant professor at University of Michigan) and her colleagues presented data on the frequency of parents that use spanking as a parenting strategy and highlighted the effects of spanking on childhood outcomes (e.g., aggression and compliance). Surprisingly, a high percentage of parents use spanking despite if not being an effective long-term strategy to change behavior. 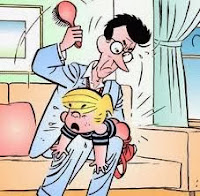 As a child psychologist, I often discuss the impacts of spanking with parents. First, spanking tends to increase aggressive behavior in children. Secondly, the research shows that spanking is less effective to increase compliance than positive reinforcement. The pros and cons of spanking have been discussed for decades yet many still see it as a viable parenting strategy. Many times when I bring this up with parents they respond, "I was spanked as a child and I turned out fine". But what does the research support?

During the APA symposium, Dr. Lee, stated that “spanking has the iatrogenic effect of increasing the very child behaviors it is often trying to reduce”.  In a recent study published in Development Psychology (Lee, S. J., Altschul, I., & Gershoff, E. T., 2013), the authors found that maternal spanking  at age 1 was associated with higher levels of child aggression at age 3; and continues to be associated with aggression by age 5. Furthermore, the study found that maternal warmth does not serve as a protective factor against child behavior problems.
Being someone who is interested in early intervention to prevent more severe behavior difficulties I felt armed with new research findings that I could use in my own life and clinical practice. Overall, the research does not support the use of spanking as an effective parenting strategy and shows that it has significant negative outcomes for children. Currently 31 countries (not including the United States) have recognized the detrimental effects of spanking and have banned the use of corporal punishment in the home. Yet, the U.S. does not have a national policy against spanking. Furthermore, only a small percentage of states ban the use of corporal punishment in school. What are your thoughts on spanking and corporal punishment?
Copyright 2013 Erlanger A. Turner, Ph.D.

Note: A version of this was submitted to the Richmond Times Dispatch.
Posted by Dr. T at 10:19 AM 1 comment:

Note: This page is intended only to provide educational information and doesn’t establish a therapeutic relationship. To seek therapy locate the nearest psychologist in your area at http://locator.apa.org .